Book Review: The Oracle- The Lost Secrets and Hidden Message of Ancient Delphi

The Oracle- The Lost Secrets and Hidden Message of Ancient Delphi

Review by Lindsay and Rob Baldassano

If only all history book authors were wrote like this… If only some ‘craft’ books authors wrote like this! The Oracle offers readers the best of all worlds, history, stories weaving together through time, and a sense of wonder. The times I was at the bookstore this summer, this book called to me. I finally broke down and shelled out the cash for it. I should really listen to those little urges more often; I guess I don’t give them enough credit. I should have listened sooner. As a witch picking up this book, I didn’t think there was much I could learn from an academic archaeology book about the Oracle at Delphi that would apply to my everyday experience, imagination, or Craft.

This is not your typical history or archaeology book. I found it to be a pleasant read, and I felt like I gained more insights than I expected to when first picking it up. In his book, Broad tells the story of the lineage of the Oracles of Delphi, the land of Delphi, and the story of the people who discovered their secrets. What makes this book a gem is that it takes on a holistic perspective. Broad begins with an overview of a religious order as it was recorded in historical documents, and continues on to describe not only the temple but the land around it, the geology of the land and how the modern people searching for those secrets came to find them. Broad also talks much about how the original archaeology record formed our modern conception of what went on at Delphi and what the oracle was doing in comparison. The new research allows us the opportunity to see the truth that has been there for millennia. This, simply, is how history should be told.

The researchers went to great pains to validate the historical documents of the ancients, with the presumption that the Ancients were correct. They went into the archeology records to see where the information went awry from the original writers such as Plutarch, Aristotle, and others, rather than presuming the ancient texts were wrong. This depiction brings the Oracle of Delphi back to life. The research done, and validated takes the myth of the Oracle, and enables the craft person to see just how plausible the Oracle’s actions were.

Another surprising aspect of this book is Broad’s perspective, being neutral to positive towards magick, and relate to the “vapors”. The vapors in question rose up from a chasm in the floor beneath the Oracle. The Ancients talked, through history, about the vapors being the source of the Oracle’s visions. While discussed in historical manuscripts, the original French archaeologists who had first dibs on any and all research done at the temple site simply did not find the crack in the floor of her temple. It took many years and devoted research in archaeology and geology to redeem the accuracy of the historical records. The latest set of researchers went to great lengths in science to prove their theories about what those vapors were composed of (I won’t give that away, you need to read the book yourself to find out) and what affect they would have had on a given oracle.

Nevertheless, with all this talk of science and vapors, the respect for the Oracle is not lost or belittled. She is given the respect she was given in her time, her magick, and her mysteries are not explained away. The researchers once again redeem the Oracle and give her back her rightful place in our history. Science and Magick prove themselves to go hand in hand in explaining the way our world works. 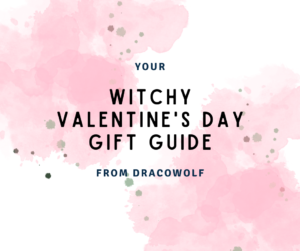 Valentine’s day has never really been a big holiday in my household. It was a good excuse to do something 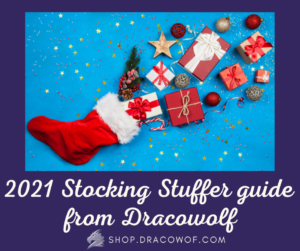 Know some witchy folk, Viking and shield maidens, or free spirits who still have room in their stockings? Dracowolf is 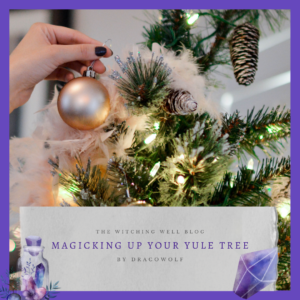 Magicking up your Yule Tree

The Yule Tree (Tennebaum) and the Yule log (Germanic-Scandinavian roots) are very pagan traditions. Yet it can feel tough to

1.5: What magickal tools do you need?

Witches, pumpkins, and dragons, oh my!

No products in the cart.